INSIGHT: Why the Keselowski Building around Buescher

Brad Keselowski recalls the day Chris Bucher proved his worth as a race car driver. Already a NASCAR Cup Series champion, Keselowski was at Ford Driving School circa 2015, where Boecher was also participating.

At the time, Buescher was in his second consecutive full season in Jack Roush’s Xfinity Series and would go on to win the championship that season. But on that day, little did Boecher know that he had impressed the man who would one day become his future co-owner.

Kiselovsky recalls that event: “I was amazed by his talent and his feeling for the car.” “I just felt like he didn’t have the support system around him to be successful with the teams he was with, and so I kind of felt like he was a hidden free agent gem that hadn’t been properly discovered and I felt that way for a few years.”

Keselowski believed so deeply in Buescher that he thought it would be a natural fit for him to drive the #21 Wood Brothers Racing a few years ago. It also shows the time that did not pay off. Buescher moved into the Cup series with Front Row Motorsports in 2016, also spent a few years with JTG Daugherty Racing, then returned to the Roush fold by grabbing the #17 car in 2020.

Then came Keselowski, who signed with Roche to become part-owner and driver for the organization this season. And with that, he finally had the chance to do something with Buescher.

“The first thing – it was literally the first thing I did when I signed the papers at RFK – was the next step after signing my papers was to make an offer before him to give him a contract extension,” Kiselovsky said. “I felt like he was someone we could build around and deliver results. Today [Saturday] It clearly shows that this is the case.”

Saturday night at Bristol Motor Speedway was Buescher’s second win in the Cup Series and first for the new RKF race. He drove 169 laps in the race, including the last 61 in which series champion Chase Elliott, Kyle Larson, and Christopher Bell chased him with equal force.

Buescher has been with Roush for a long time. Even when he wasn’t driving a Roche, he was still under the Roche contract. He calls the private organization and home, and realizes that there are a lot of people associated with it who have helped give him a chance at professional motor racing. 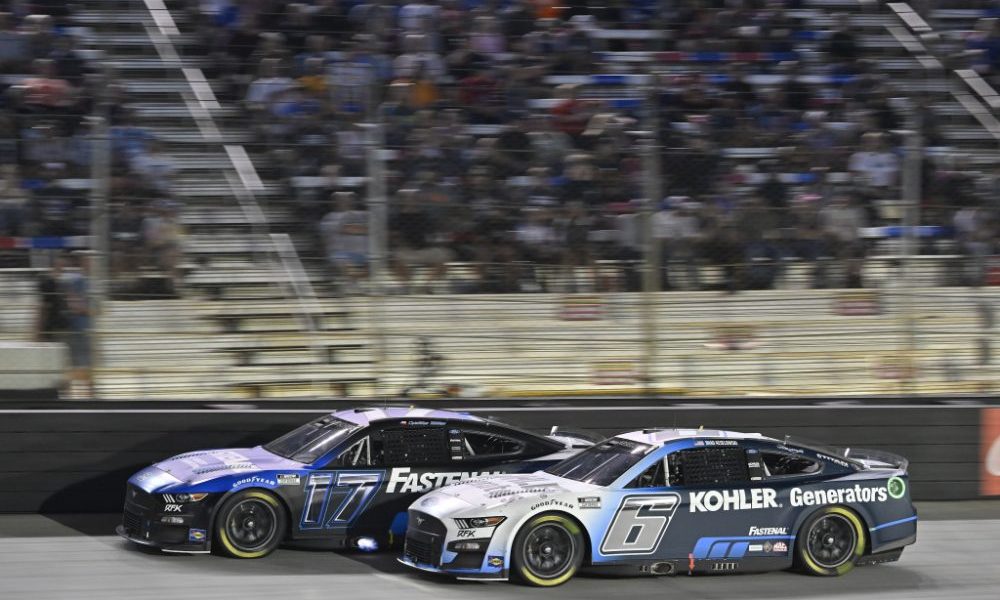 Buescher (right) has been a longtime member of the Roche fold. John Harrelson/Motorsport

One of those would be Robbie Reiser, the former Roche crew chief who helped deliver the organization’s first trophy in 2003 with Matt Kenseth. Or former Roche driver David Ragan and his father, Ken.

“It was really something special [place] Where I got to basically develop and build my skill set and be able to win a lot of races through different series,” Buescher said. “It wasn’t as much on the cup side as we wanted, not even close to it, and Brad took on the role of ownership and belief in me early on was It means a lot to me.

“A man who won so many races, a championship at the highest level of motorsports in the country, was a big bet on his back when we didn’t always get the results we showed.”

Buescher thinks it shows that people have been paying attention to how to get the most out of a situation and that he always gives 110%.

He finished 21st in his first season leading 17th and was 19th in the standings last year. His career high was 16th overall in the standings in 2016, the year he was the unexpected winner at the Pocono Raceway with Front Row when fog and other weather rolled in and the race ended early.

“I’ve had really good colleagues over the years in different organisations, at the cup level, but no one has made such an effort as Brad Keselowski, and that probably also comes from the ownership side,” Buescher said.

“I don’t know if he’d be the same without his side, but I feel like the answer might be yes. He’s really excited about it. He’s putting in work, time and effort to be able to make this thing work, and we’ve seen that this year.”

“Everyone who came back to the store did a great job and adapted so well to the massive changes during the holiday season. The next generation car was a huge step and a learning process for everyone, but they embraced it and followed it. We were close at times, always a little sore to miss.

“I don’t remember who told me, but I was told after (taking second place in) Sonoma, you have to lose a little before you can win it, and so I felt like we lost a little this year which got us to where we were ready to win this.” 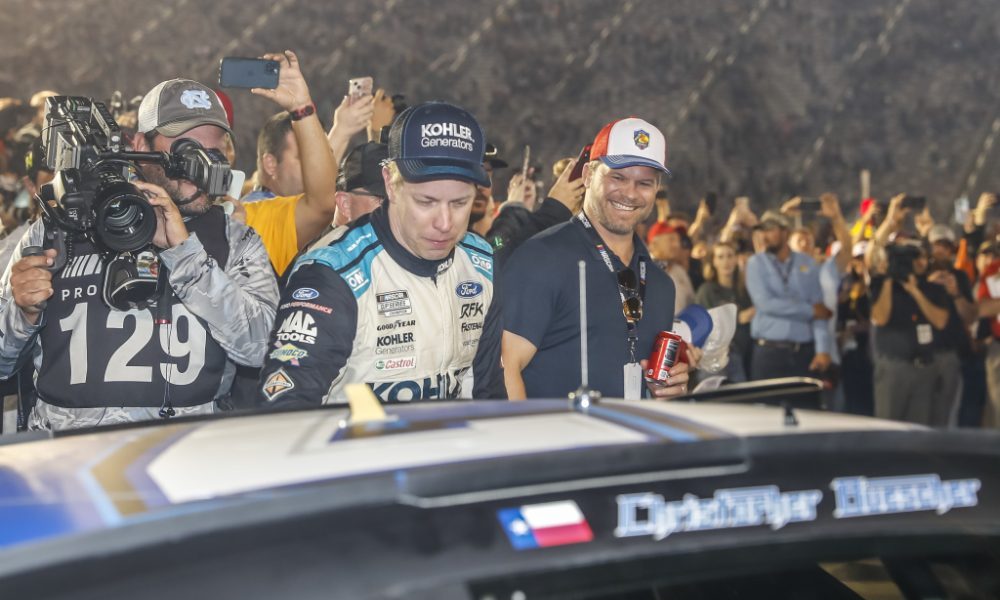 It was almost fitting for Buescher to win in Bristol. This is a driver who’s been at every end of the iconic reel this season of good tracks, terrible weekends, and was upside down after rolling a barrel at Charlotte Motor Speedway and blazing in Indianapolis, only to stay in the car and finish inside the top 10.

Of course he was going to win a race, that was the only thing left. And perhaps the humor extends to the fact that a driver who has gone through a lot does so on a racetrack that awards the gladiator’s swords a victory prize.

“At this point, there was nothing to surprise me this year,” Boecher said. “I don’t know how the audition doll got into so much of this. I came back from Indy and my dad said, Hey, do you get paid to risk doing all this? That was awful. I was all dim lights along the way.”

“It’s been a journey. I’ve had a lot of difficulty this year, ripping off a lot more equipment than I’ve been used to in my career as well. It just doesn’t work for me because it’s something I’ve been proud of for a long time.

“I’ve worked on a lot of my race cars and seen the car bills grow and watched what my family sacrificed to do so, and I worked hard to make sure I’ve been taking care of Jack’s things over the years.

“This has been tough. We’ve had a few moments, but we’ve also got high spots, and that has really helped keep us going. There has been progress along the way, even with the odds. Whether it’s rolling down a path you never thought of Flipping the car, not being the first car to burn, but rather the one that made its biggest show until Harvick outdid me.

“Yes, it was a journey but I wouldn’t trade it for anything. We learned from every moment along the way. No, it’s a lie. I was trading some of those. I probably will. But we learned from all of that to be able to move on.”